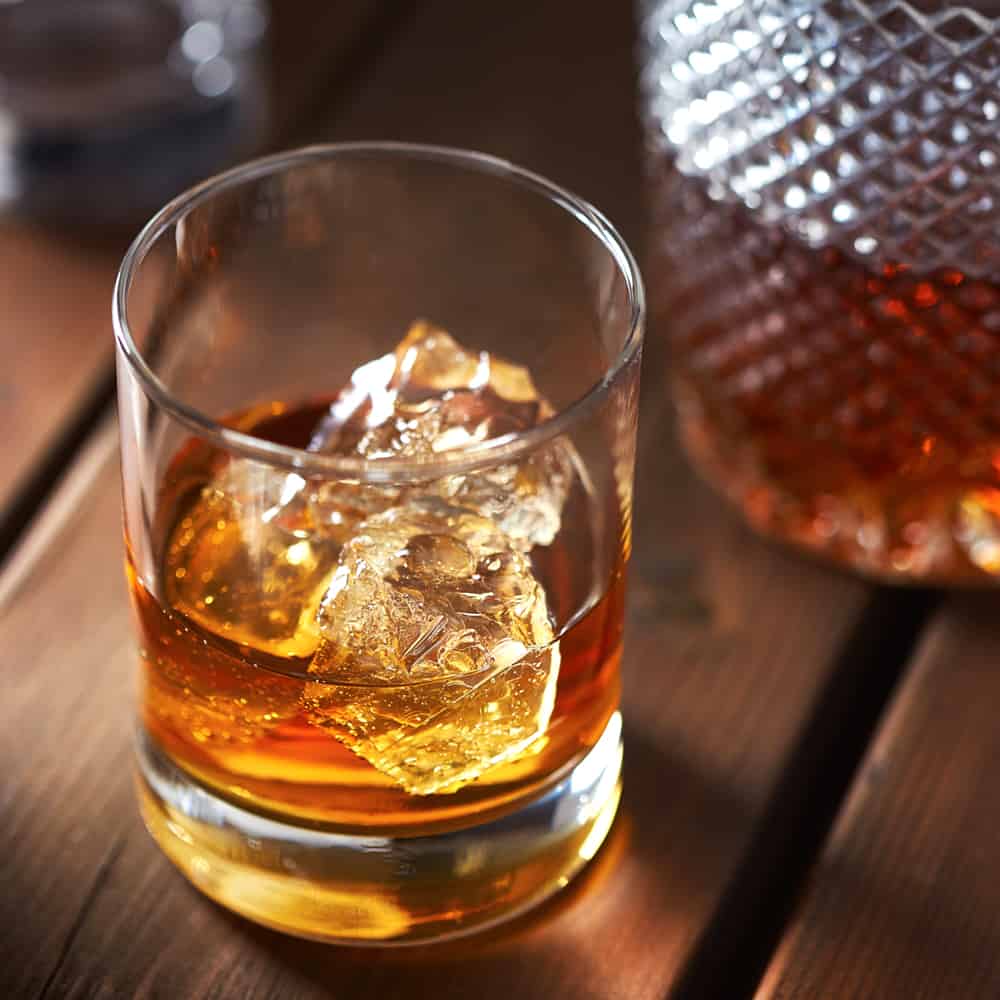 A long time ago, in a galaxy far, far away. Well, not actually. It was indeed a long time ago, 1978 to be exact, but not too far away. It was in Mobile, Alabama, and I was a senior at the University of South Alabama. My career ambition was to be an Army officer. However, my grade point average was so dismal my chances of being allowed on active duty seemed equally dismal. So I formulated Plan B for employment, just in case Plan A did not work out. Plan B was to enter into the management training program with the restaurant chain where I was working as a cook. My manager allowed me to cross train in multiple other positions in the restaurant to help me get a head start. One of those positions was bartender. One of the first bits of knowledge passed along to me was the difference between whiskey and bourbon. The bartender training me solemnly told me bourbon had to be made in Kentucky, and it had to be aged for at least three years in charred oak barrels. Until recently, that’s what I believed. Then, a few months ago, I began my quest for knowledge about all things concerning distilled spirits, wines, and beers, and discovered I had been grossly misinformed way back in 1978. Now I know what is, and is not bourbon, thanks to reading the United States law that governs whiskey and bourbon. That law is formally known as Title 27 of the Code of Federal Regulations (27 C.F.R). Chapter I, Subchapter A, Part 5, Subpart C, Section 5.22 lays out all the pertinent facts. You can find it here (https://www.law.cornell.edu/cfr/text/27/5.22), if you have a burning desire to read the legalese.

According to Title 27 C.F.R, the mash bill, or the grains used to make the distilled alcohol, must consist of at least 51% corn. In practice, most bourbons use a mash mill somewhere between 60% to 80% corn. They can, and often do, use other grains such as wheat or rye to influence the flavor of the bourbon. Additionally, malted barley is almost always used to help jump start the fermentation process. As an example, Four Roses Distillery depends upon two mash bills for its entire product line. One is 75% corn, 20% rye, and 5% barley, and the other is 60% corn, 35% rye, and 5% barley.

Title 27 C.F.R mandates that bourbon can be distilled to no more than 160 proof, or 80% alcohol by volume (ABV). In contrast, vodka must be distilled to 190 proof or 95% ABV. The reason this is important for bourbon is that the more pure the alcohol, that is, the higher the proof, the more compounds that we humans perceive as different tastes, are stripped out. If a distiller put 195 proof alcohol into a charred oak barrel and aged it for several years it would not taste like the spirit we know as bourbon. This is because many of the compounds that help give bourbon its distinctive taste were stripped away in the distilling process. That’s why vodka is usually described as having a clean, or neutral taste. That’s also why most bourbon is usually distilled to around 140 proof. The art of bourbon distilling is all about getting rid of compounds that impart a bad taste, but preserving compounds that, when aged, taste good. Even though 27 C.F.R. allows distilling of bourbon up to 165 proof, most bourbon distillers stop at 140 proof to preserve a wider range of flavor compounds.

Interestingly, 27 C.F.R. does not mandate the use of a barrel. The law states “charred new oak containers”. Of course, the container of choice has been, and will likely continue to be, a barrel. The use of an unused or new, charred oak container, hereafter in this article referred to as a barrel, is one of the most important requirements that sets bourbon apart from other whiskeys. Many producers of fine scotch whiskey use charred oak barrels, usually used barrels from one of the American bourbon producers. The reason 27 C.F.R. mandates new barrels for bourbon is because used barrels do not transform those flavor compounds in the distilled alcohol into tasty flavors to the extent of a new barrel. As the alcohol ages in the new charred oak barrel, the liquid moves into and out of the wood fibers, passing through the charred layer as it does so. This intimate contact with the cells of the wood extracts some bad tasting compounds, and transforms others into tastes we like such as vanilla, brown sugar, or caramel. The barrel also provides 100% of the amber color that separates bourbon from whiskeys that are colored using E150a.

The law tells the producer that alcohol destined to be labeled as bourbon must go into the barrel at no more than 125 proof, or 62.5% ABV. Again, the reason is all about the future taste of the resulting whiskey. As the whiskey ages in the barrel, the proof or ABV usually varies over time, either increasing in proof as the angels take their share, or even going lower in proof. This up or down, or even up and down process, is driven by the location and design of the rick house (where the barrels are stored), where in the rick house an individual barrel is stored, such as up high in the heat or down low where it’s cool, the weather, and whether or not the distiller rotates the barrels around the rick house.

Bourbon, according to 27 C.F.R., must be bottled at 80 proof (40% ABV) or higher. Recall that bourbon cannot be barreled at more than 125 proof. So how do some bottles, such as George T. Stagg, get bottled at proof levels in excess of 125? The answer is those angels in the rick house. As noted above, some barrels will increase in proof over time due to the loss attributed to the angels. Some producers elect to bottle at “cask” or “barrel” strength, which can result in bottles at more than 125 proof.

Bourbon based specialty products, or liquors, such as Jim Beam Apple or Knob Creek Smoked Maple as rapidly growing in popularity. They may taste good, but they are not legally bourbon anymore. Once the producer adds a flavoring agent, a coloring agent, or even puts the bourbon into another barrel that is not unused or is not charred it can no longer be sold as bourbon. Jefferson’s Reserve Groth Cask Finish may taste really good, (to you, not so much to me), but it is not bourbon. The moment the bourbon goes into the used Cabernet Sauvignon barrel it stops being bourbon. On the other hand, when the Jim Beam distillery puts their flagship White Label bourbon into a second unused charred oak barrel for further aging to produce their Double Oak product, it’s still bourbon.

I started off this article with the mistaken belief that bourbon must be made in Kentucky. I am ending with the mistaken belief that bourbon must be aged a certain number of years. It does not. Not four years, not two years, not even one year. The law, 27 C.F.R. again, simply says the whiskey must be “stored” in that new charred oak container. The length of time it must be stored is not stipulated. In theory, as one master distiller famously stated, the distiller could walk the freshly produced alcohol from the still to the bottling line in a brand new charred oak bucket, and call it bourbon. Of course, no one would, as the resulting whiskey would not sell well as bourbon. It would however, sell reasonably well as White Dog or Moonshine. One last note on aging. Some age requirements do exist. As previously noted, to be labeled Kentucky Bourbon it must be aged at least one year. Straight Bourbon must be aged at least two years. Finally, any bourbon aged less than four years must have its age noted somewhere on the bottle’s labeling.

So Now You Know

So now you know what makes bourbon, bourbon, according to US law. It must be made in the USA, with a mash bill of at least 51% corn, distilled to no more than 165 proof, stored at no more than 125 proof, in a new, charred oak container, bottled at no less than 80 proof, nothing added, and no age requirement.

By the way, I never had to use Plan B. Thankfully, the Army looked past my grades and allowed me to serve 20 years on active duty.